I've been in Berlin the last time in 2008, where the September breeze was already reminding to my summer loving Soul that a jacketless time was history already. So being aware of that I was going to visit the German capital while the heat was at its peak currently, was a reassuring Feeling. I decided to stop by in Berlin to combine some culture with a little bit of nightlife. As I told so many times already, it's not a big secret of myself being in love with electronic music. So, Berlin is one of those meccas, where you can get as much deephouse as you want, almost every day of the week. It's hard to choose between all the big headliner names and fab venues, if I could had cut myself in 100 pieces, I'd have been attending everything everywhere.

I was disappointed to have missed the Diynamic Festival a couple of days earlier while being in Sweden, but you know, you can't always win ;).

I arrived Berlin on a Thursday afternoon, ready to float into the Weekend. I was lucky enough to get an enourmous Apartment in Neukölln, a turkish-delight district, which was beyond my expectations. Charming and oldschool, big kitchen (having an Italian background makes me obviously have a kitchen fetish and lots of love for cooking), plenty of light. I had public Transport just in front of my door and could get easily everywhere I wanted. 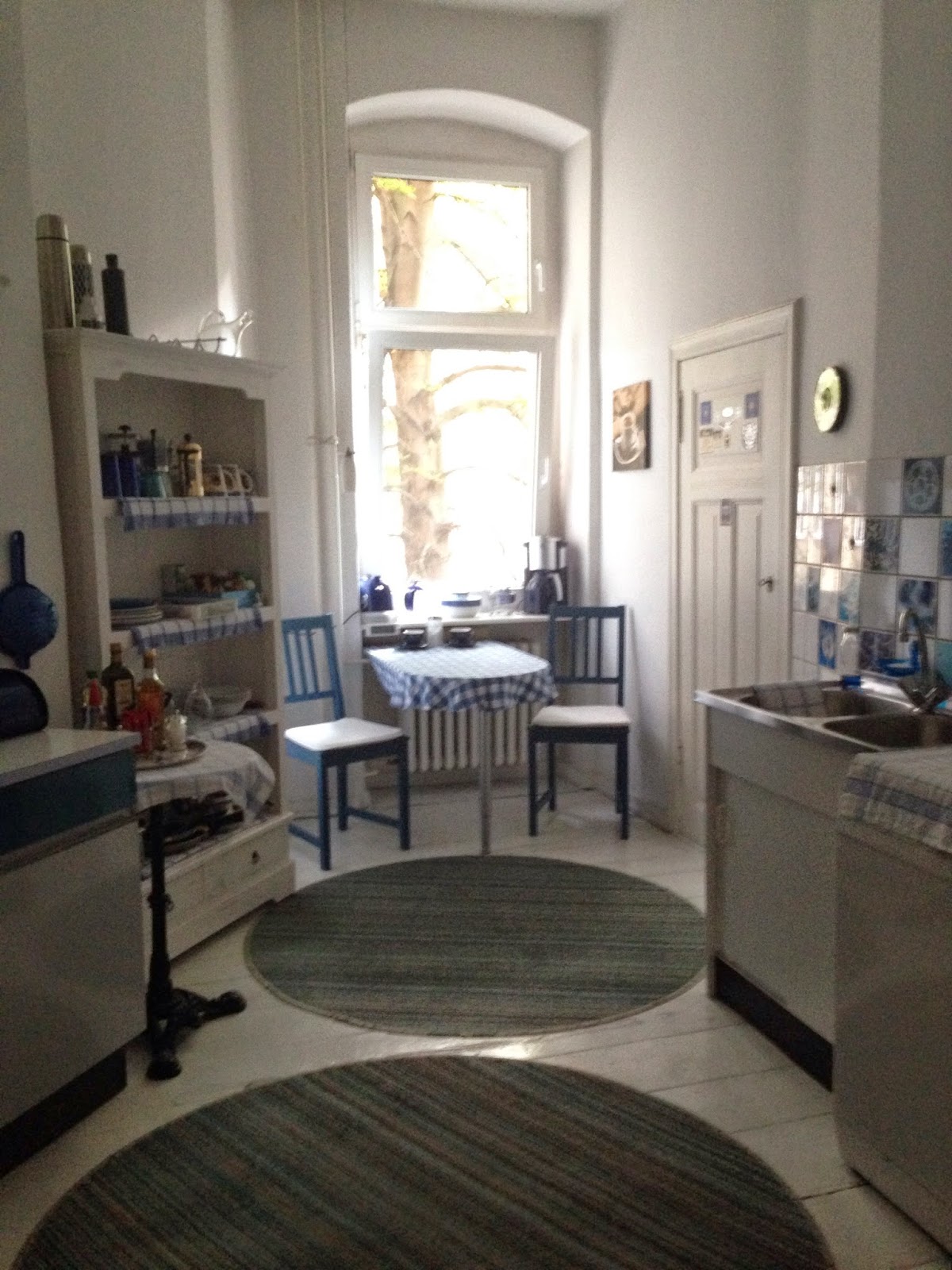 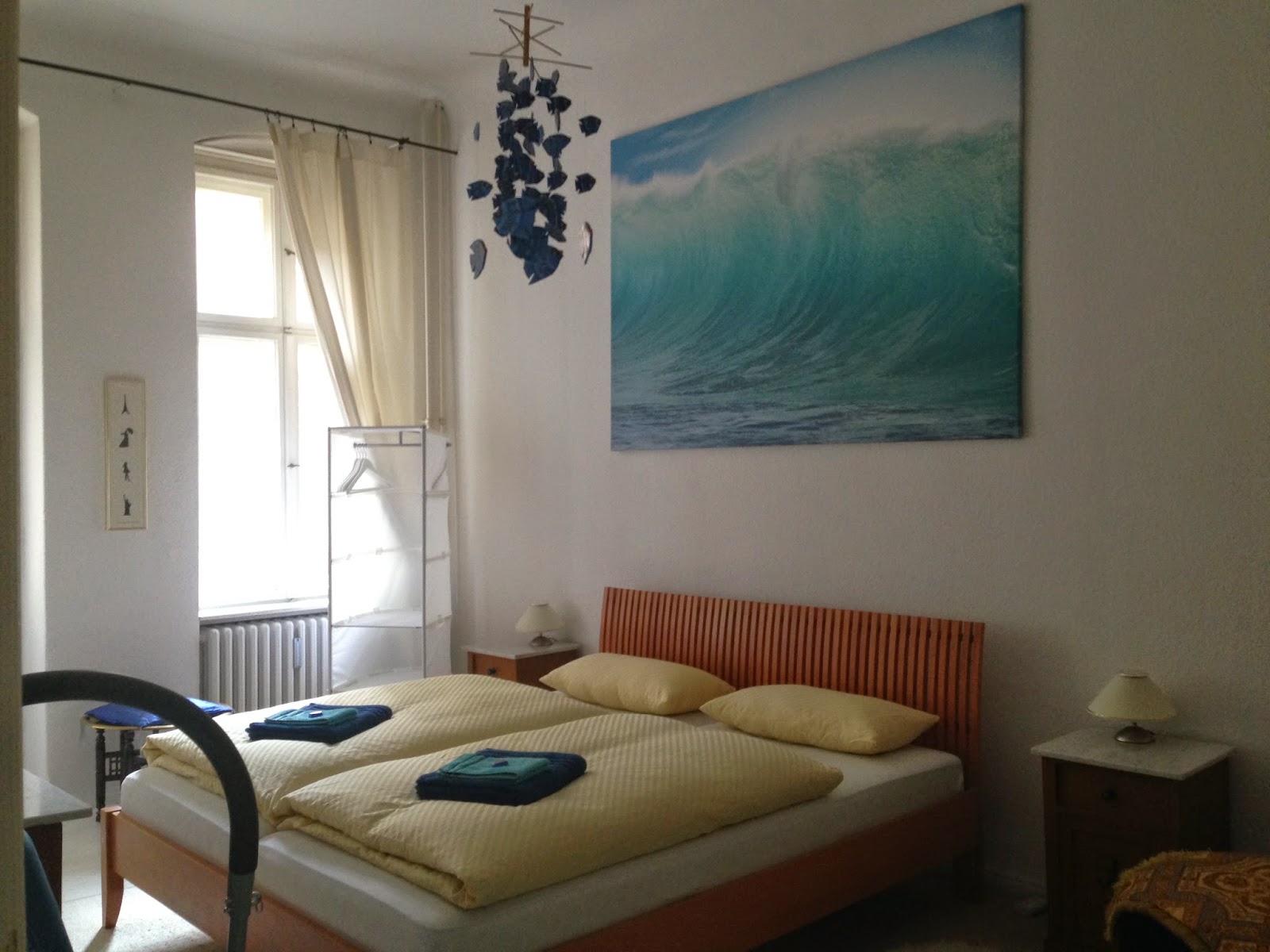 So me and my friend Paulo decided to have some homemade apero and dinner at home, before heading to one of the most legendary Nightclubs in town: Watergate. This Club is well known for booking and having as residets big names, like Miss Kittin, just to mention one of them. In Addition to that, Watergate has a strategic Location right on the Spree river, terrace included. Since I use to work on crowded Saturday nights, it's delightful for me to be able to enjoy a night out on a Thursday. Because Thursday is not equal Thursday in Berlin: Thursday is Thursdate at Watergate! The queue was long, the mood was light like the summer breeze, everybody was out: it felt like Weekend already and the music seemed to be the center of everything right now, right there. Thursdate has two acts playing every week. In my case I had the honor to hear Tiefschwarz and Acid Pauli at their best. Having the weather at its best, it couldn't have been better for me! I switched from the clubfloor to the terrace, to enjoy some fresh air and have my drinks by the water.


To give you an idea of what I'm actually talking about (me, talking about Music. It can get emotional and confusing from time to time :D), here the recording of Tiefschwarz's set that exact night at Watergate:


The reason because I call Berlin one of the electronic Music meccas, is also because it doesen't really matter where you are: you can hear a good deephouse track almost everywhere. I was glad absorbe some new music and I discovered the most songs in Shops, Cafés or Restaurants, besides at Watergate of course. 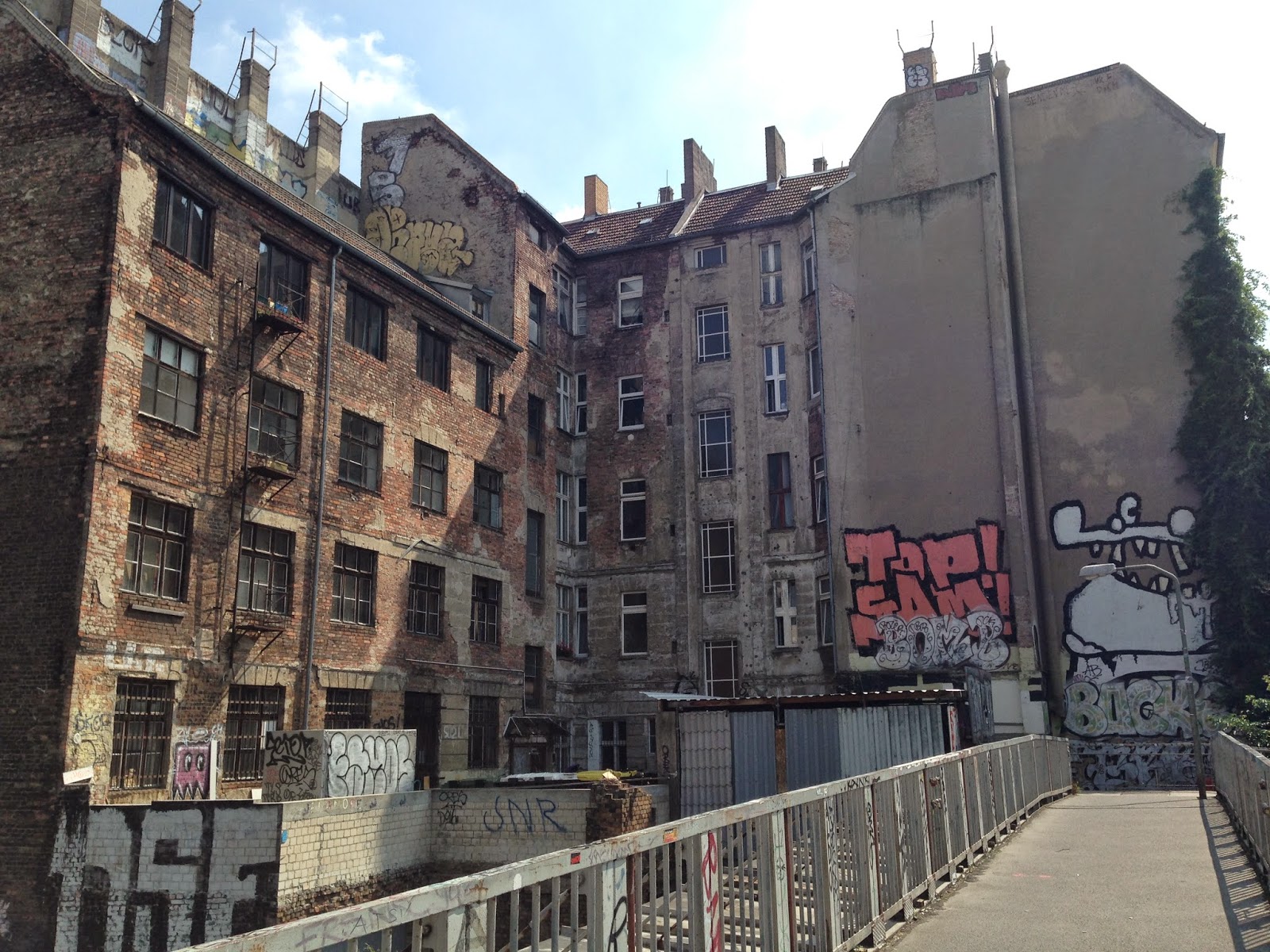 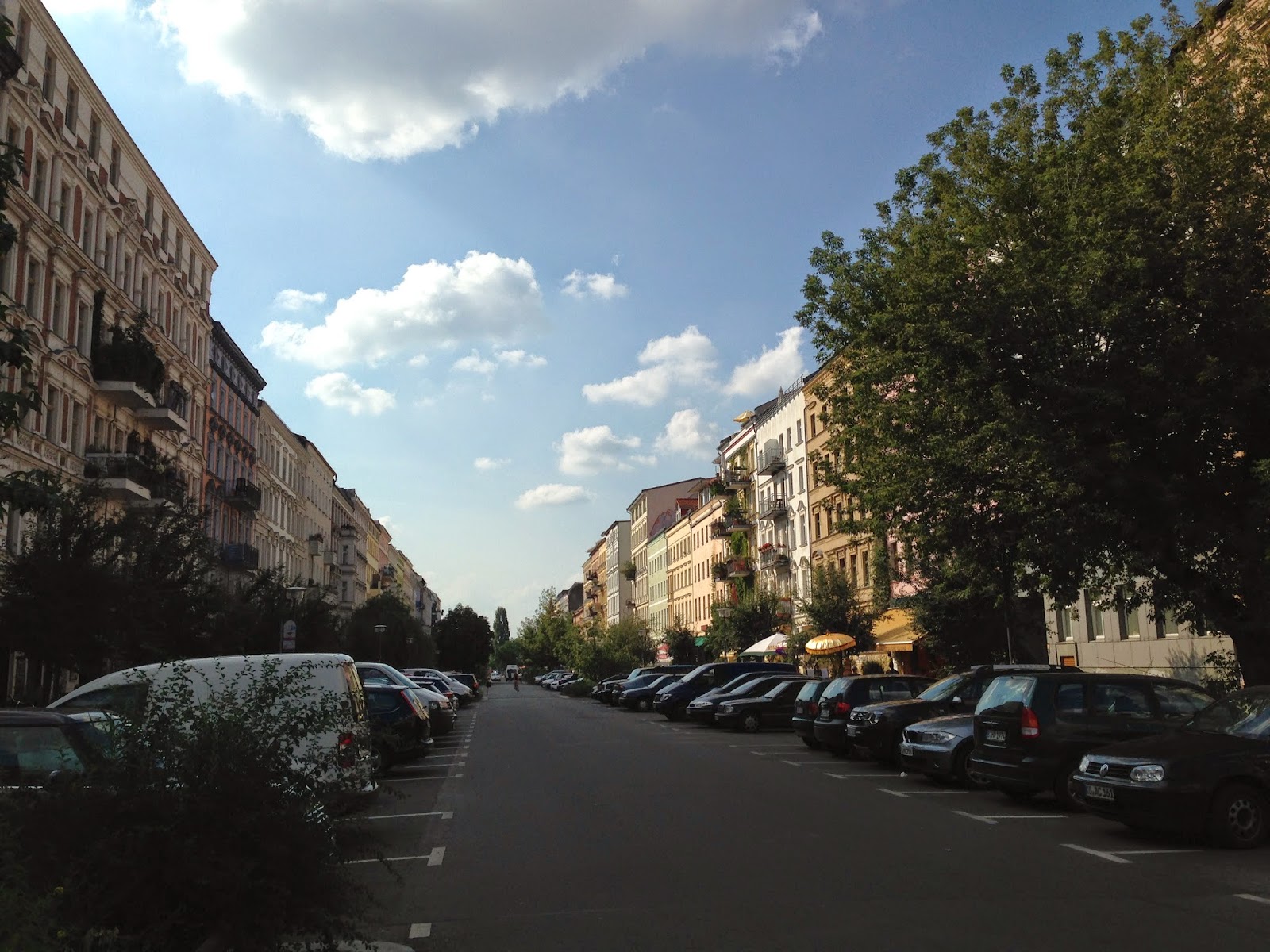 During my Musical discovery, I had some good walks between Mitte and Prenzlauer Berg. One of my favourite shopping districts became a street called Kastanienallee, where a lot of Little local Shops and Secondhand Stores can be found. Other districts interesting for Shopping victims may be the streets around Hackescher Markt (Liebeskind, for example, for leathergoods) or around the S-Train Station Bahnhof Zoologischer Garten (more for the Mainstream Kind, like Forever 21, H&M, Bershka and so on. I had to step by at Liebeskind Berlin as a former leathergoods sales assistant, and found some sweet new wallets.

Continuing my talk about good music, I couldn't miss the exhibition about David Bowie at Martin Gropius Bau, a beautiful italian Renaissance styled building. The Exhibition Shows Bowie's constant transformations, how inspiring Berlin was for his Music in the 70s, his thoughts on paper, his costumes and personal music instruments. It's a magical experience. As a visitor, I drowned into this audio and visual history like nowhere else before. I was glad to learn more about this master of Performance! One of my favourite tracks is and will remain for a lifetime "Starman": I don't know exactly why, there is a huge selection of great David Bowie Songs, but with this one here I feel catapultated in a totally free era, the 70s, indeed. Those who want to know more about this gorgeous human being should be fast: the Exhibition runs until August 24th, 2014. 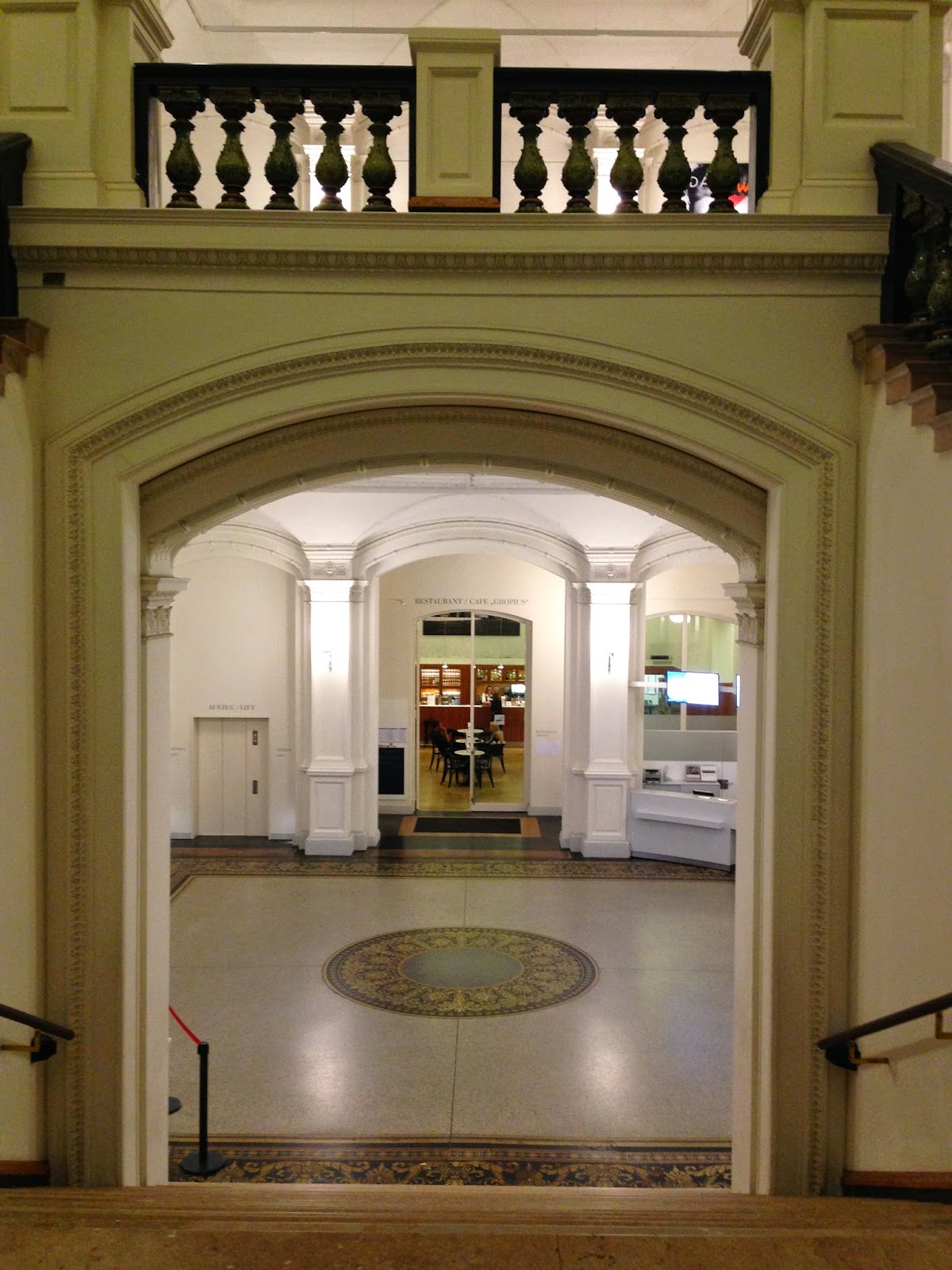 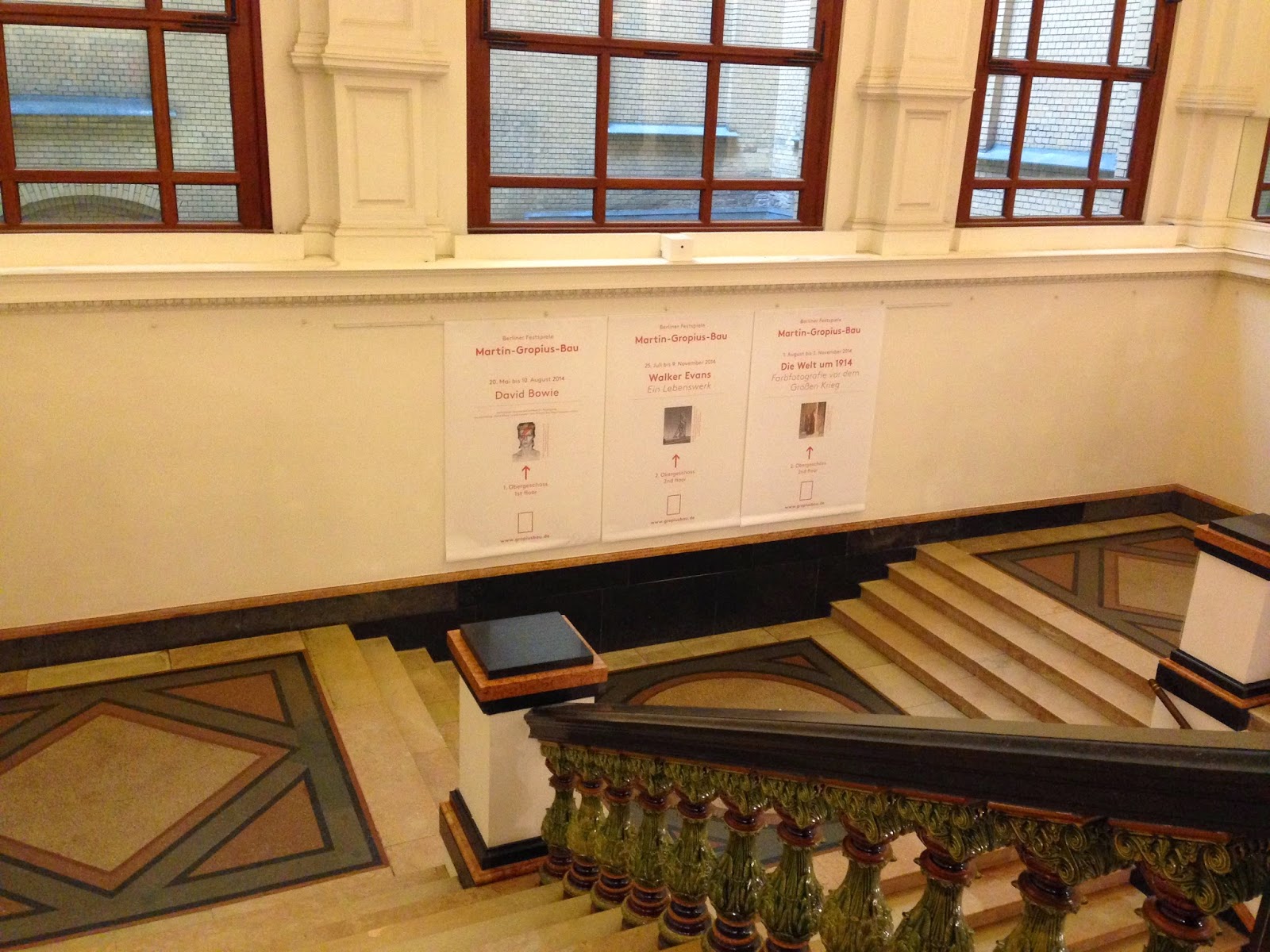 I stepped out of  the S-Train at Bahnhof Friedrichstrasse almost for mistake, and thanks God I did! The Train Station of Friedrichsstrasse was the one who divided Berlin East and West from each other a couple of years ago, while the wall was still Standing. If you got the time, please go there! You step by at the free Exhibition "Grenzerfahrungen" currently held in the Tränenpalast, the former building Close to the Station where People living in Berlin west and east had to part from each other. It features interviews, original signs from that time, letters and original Video documentations about how hard it could have been don't see close friends or even your own lover just because of the Wall. I was confronted as a Student for a period of time in south Italy about the topic, so It touched me a lot, to hear all those stories about the people living Berlin after World War II. And if you really think about it for one second, the whole Thing isn't over since a very long time: we're talking about the end of the 80s. 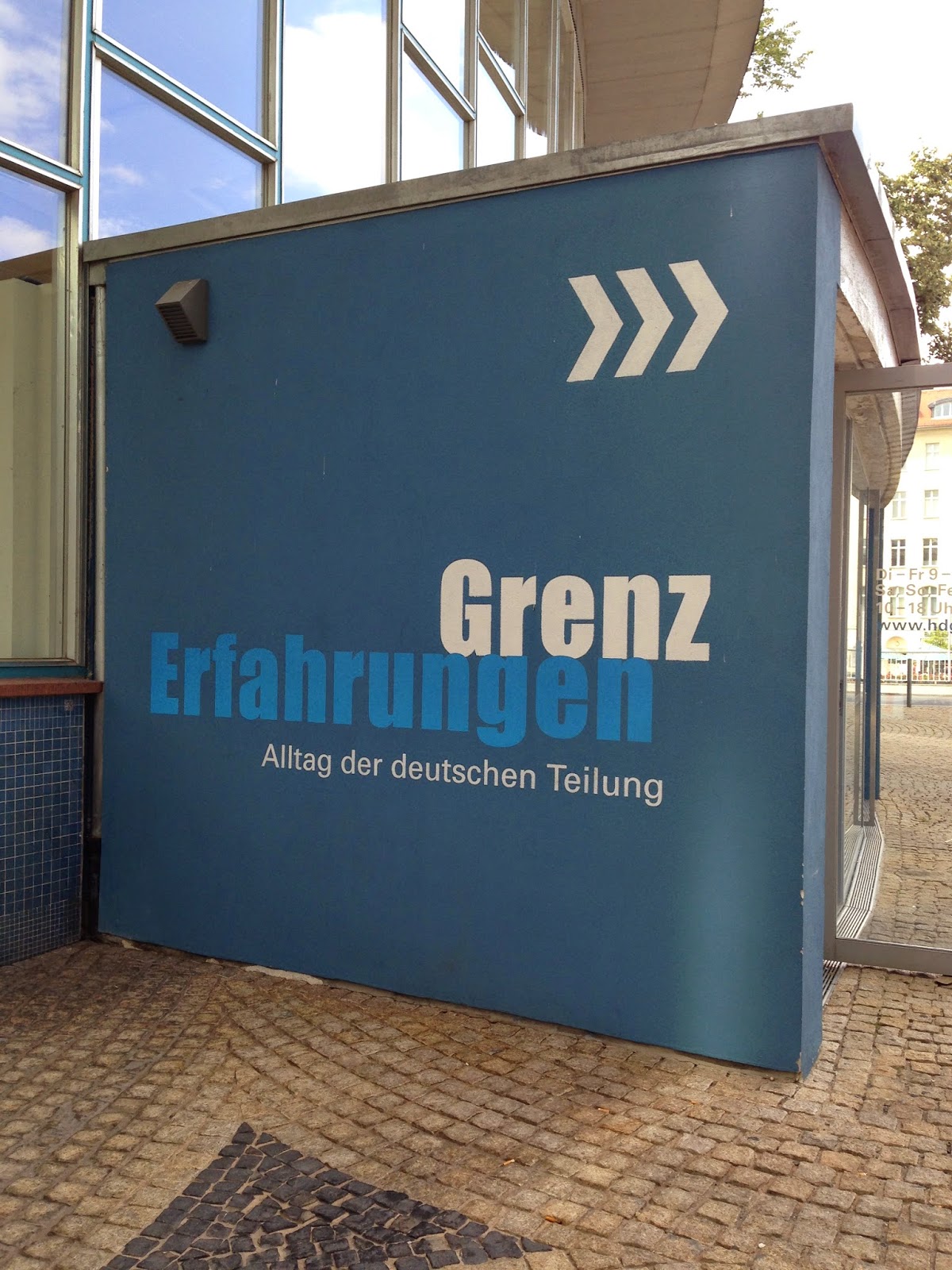 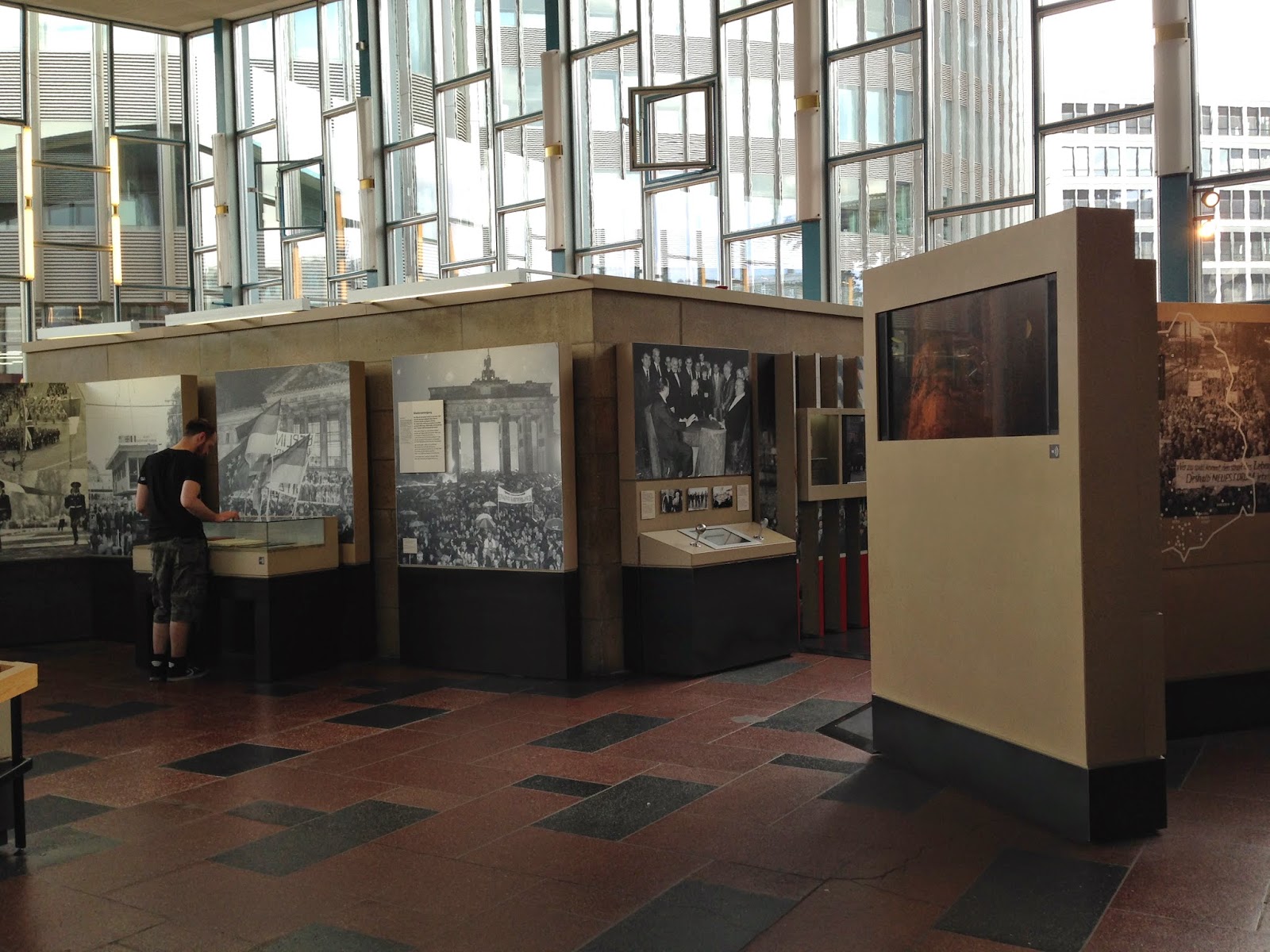 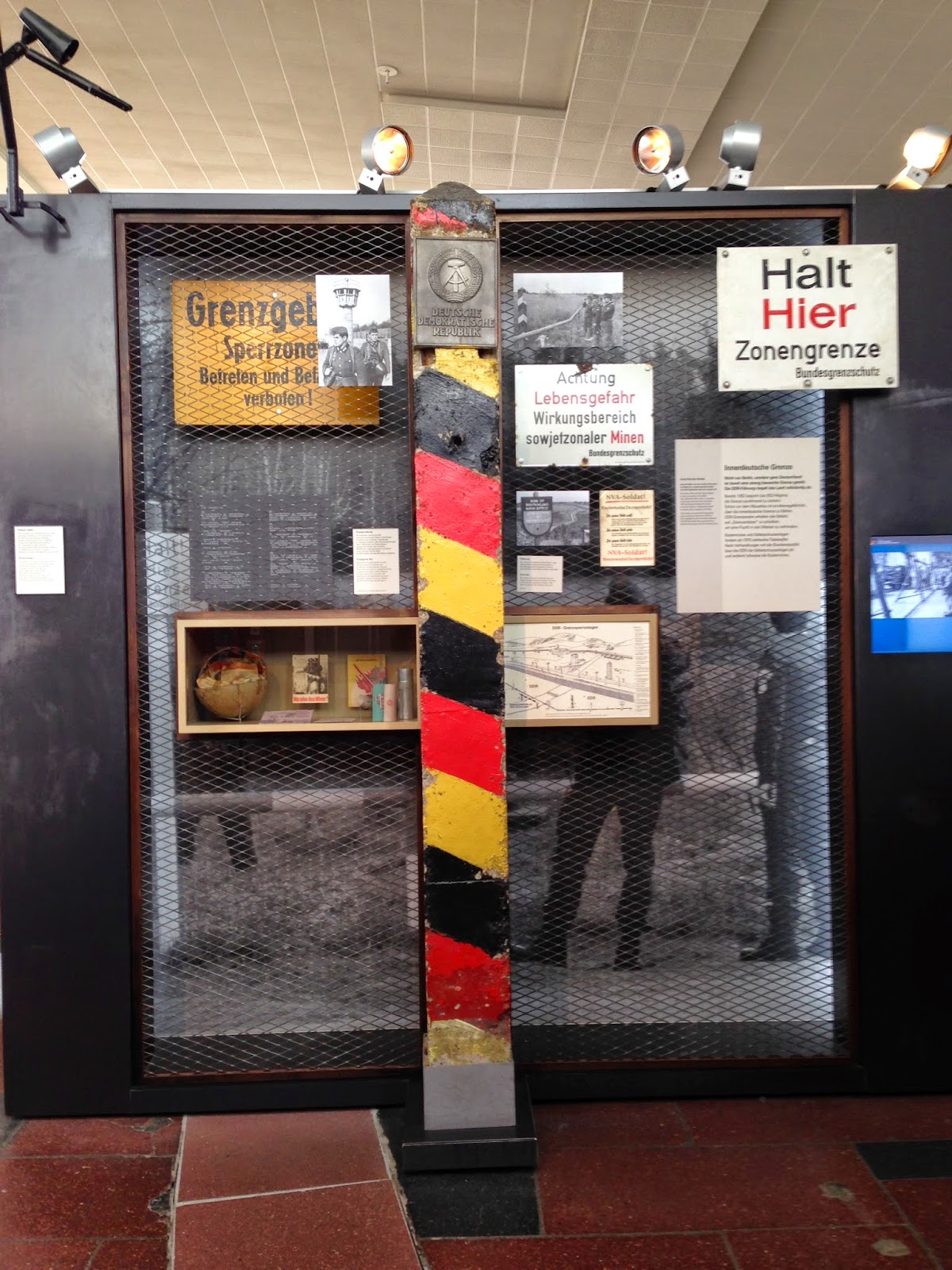 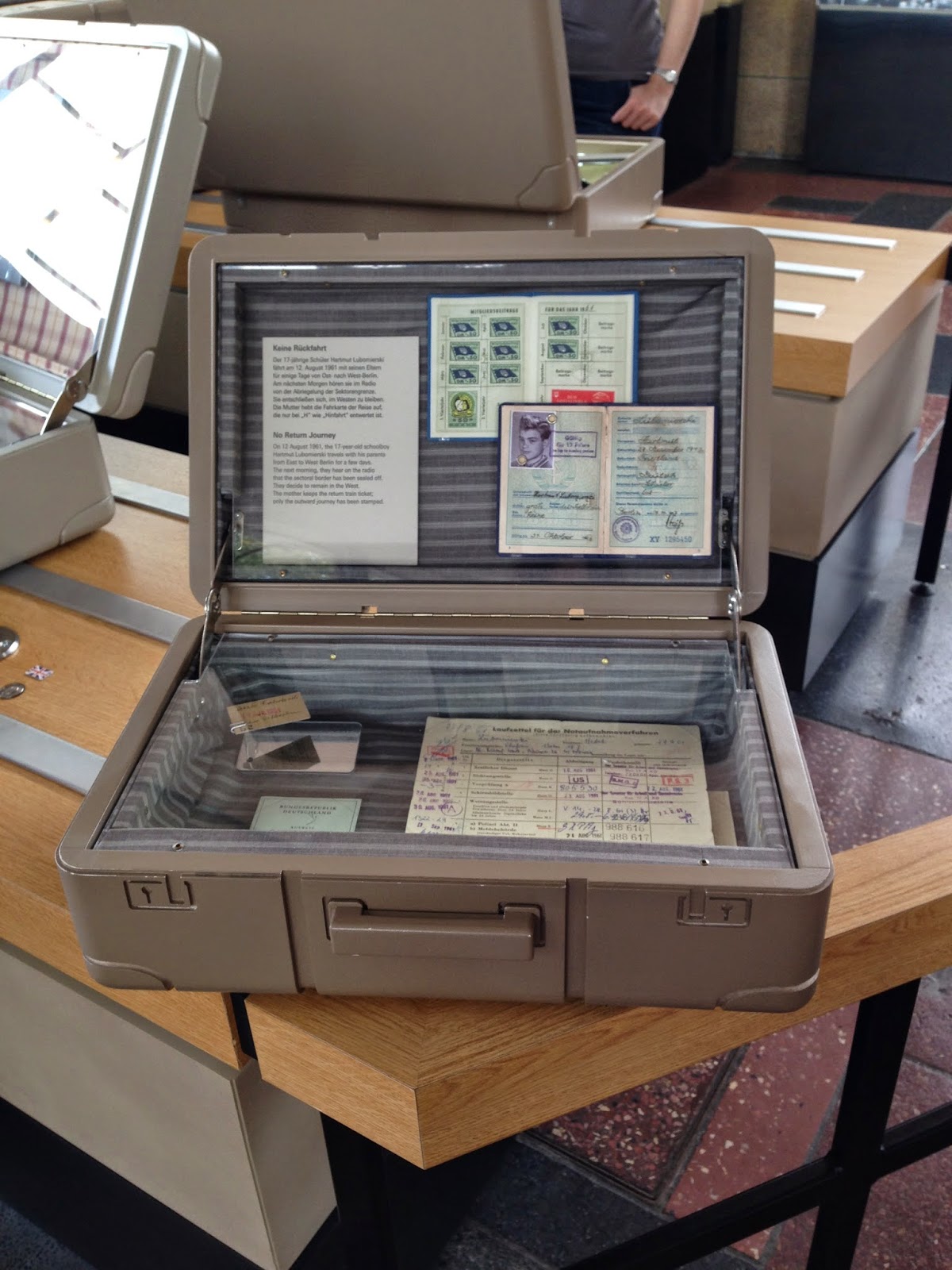 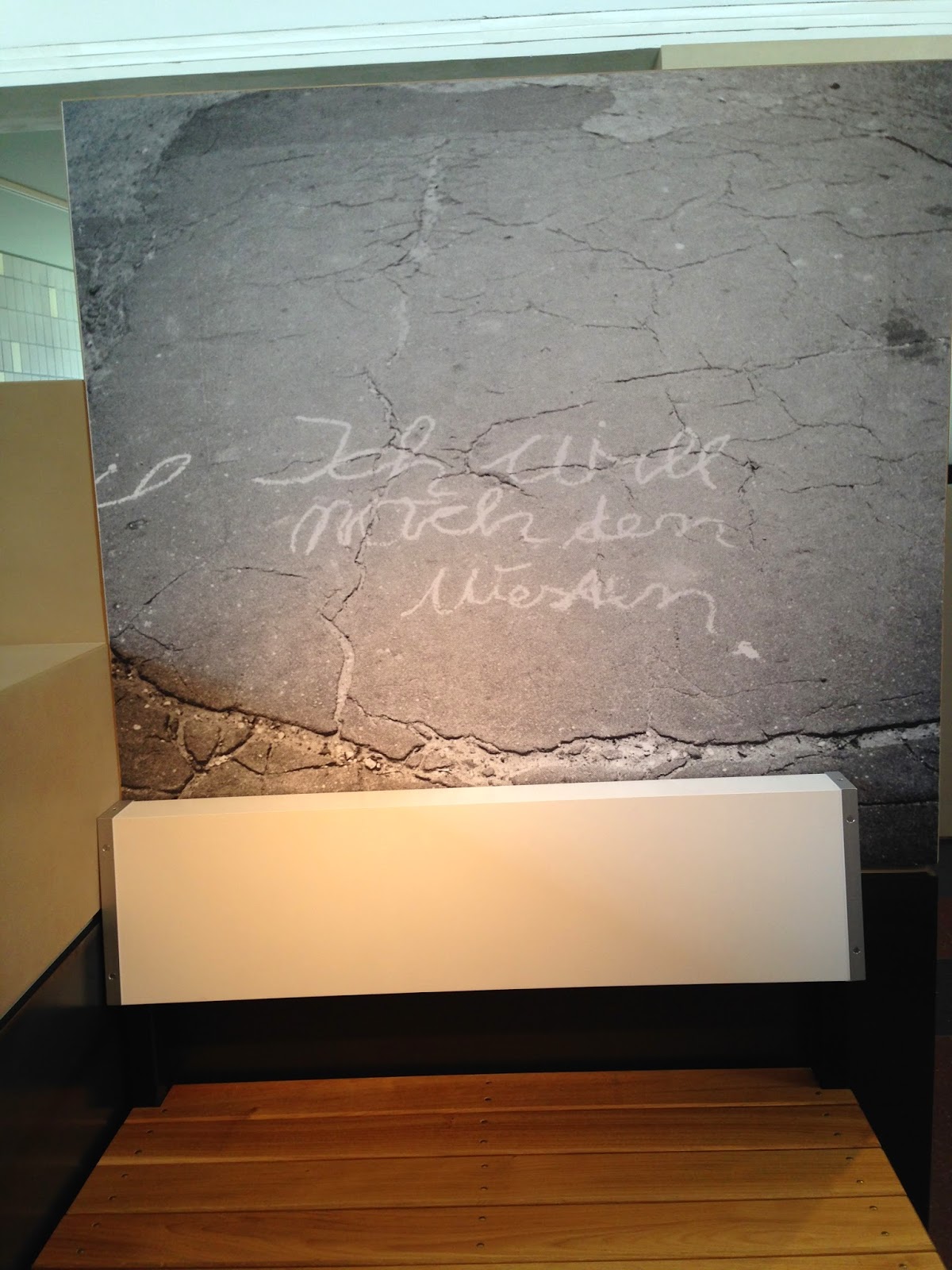 My visit wasn't only about Music and Exhibition, I actually also had the time for some leisure :) On a sunny afternoon a drink on the rooftop based Monkey Bar at 25hours Hotel is a must! You'll have the perfect view over the whole City and the zoo. And the Drinks are just yum! (try their Cosmo!). They usually have a Dj at the decks and everybody's having a good time enjoying the tunes and having time off from work. The hotel has 149 rooms, "urban" and "jungle" themed, a Spa section, free Wifi and the mediterranean inspired restaurant Neni. So there's absolutely no wish open for a guest! 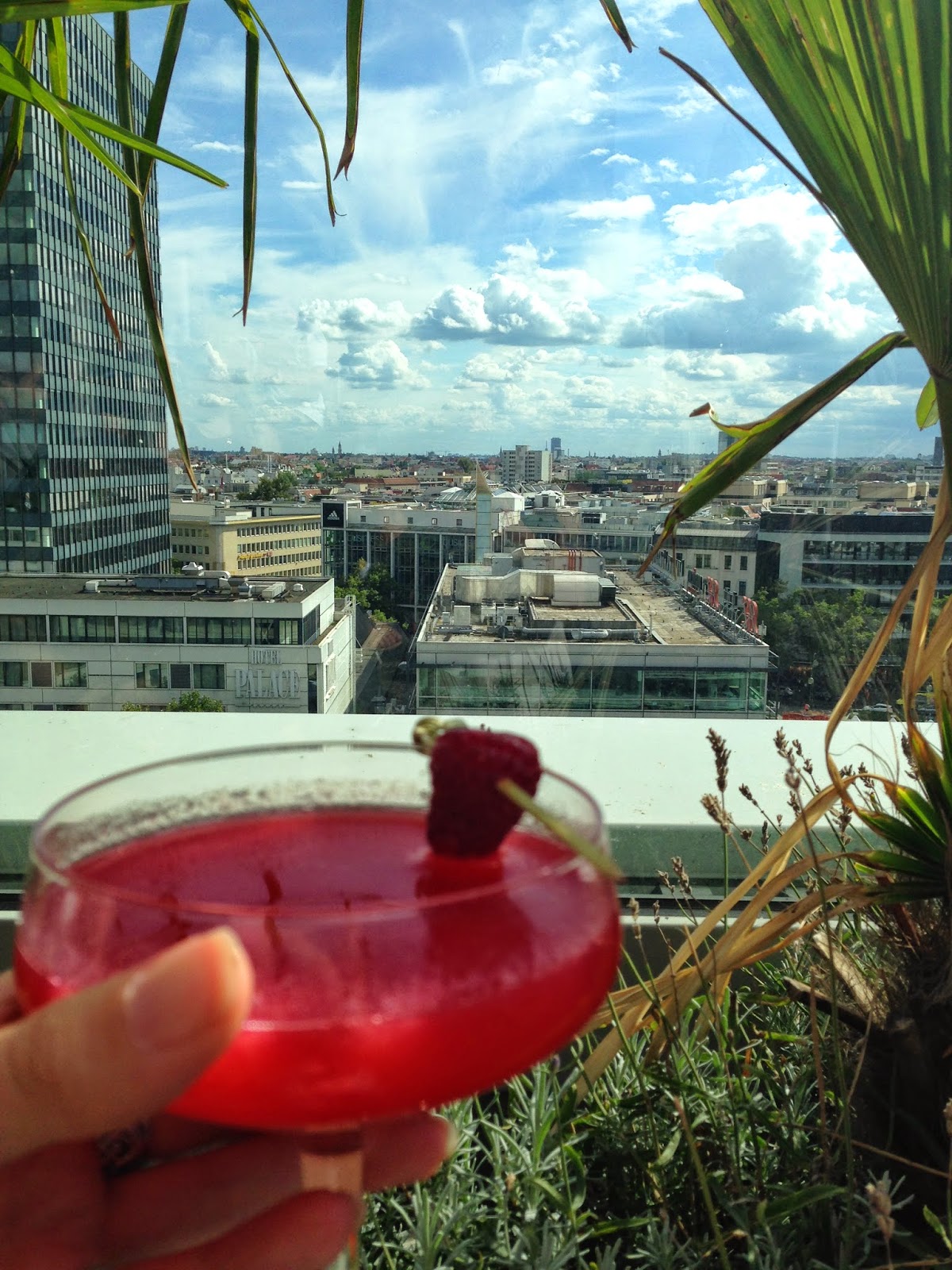 My saturday night didn't exactly go as planned, however, I had the time to go for a great dinner. On reccomandation of a friend, I made a Reservation for a table at the asian Restaurant DuDu (Reservation required, especially for a saturday!). We had some great Sushi, I think the best I've ever had! Salmon was tasting as fresh as just caught, I think I've never experienced that somewhere else as I remember, so thumbs up for them!

How to get around: Berlin has a very good public Transport System that comprends buses, Metro and S-Train. A 3-days pass costs around 16 Euros and it's totally worth it.

Where to sleep: I had Bernhard's amazing Airbnb Apartment: he is one of the loveliest Hosts I've ever had! Otherwise I've also been at Motel One right on Alexanderplatz, strategical Location to move around Berlin, especially if you're there for the first time. Hotel is chic, not too pricey, clean and has a lovely staff. You can find them all over Germany.


Clubbing: I had the time of my life this time at Watergate. Two other spots to reccomend are for sure Ritter Butzke and Berghain. The last of These two can have a Queue up to three hours of wait, and it's famous for having one of the most severe doors in Town. And please: no photos inside the venues!

What else?: Summer in Berlin is pretty charming. There are plenty of "City Beaches" in town or along the Spree river that are worth a visit. Renting a bike and having some good walks in the parks are other two ideas, to enjoy one of the most creative capitals of Europe.