I had the pleasure a couple of days ago to get an Invitation for this year's SuisseEMEX in Zurich,  a b2b Exposition for Marketing-, Communication- and Eventexperts. Divided in different sections, there were plenty of inspirational stands, from Promotion to Online Marketing, offering classic and innovative communication Tools to reach the own customers in the most effective way.

Most companies had very impressive inscenated stands, and it was pretty clear after I got there, that there are hundred different ways to communicate and promote a brand with creativity and originality. In my case, I was interested into the whole Event Marketing part, and got the Chance to meet a couple of creative heads and passionate People about it. 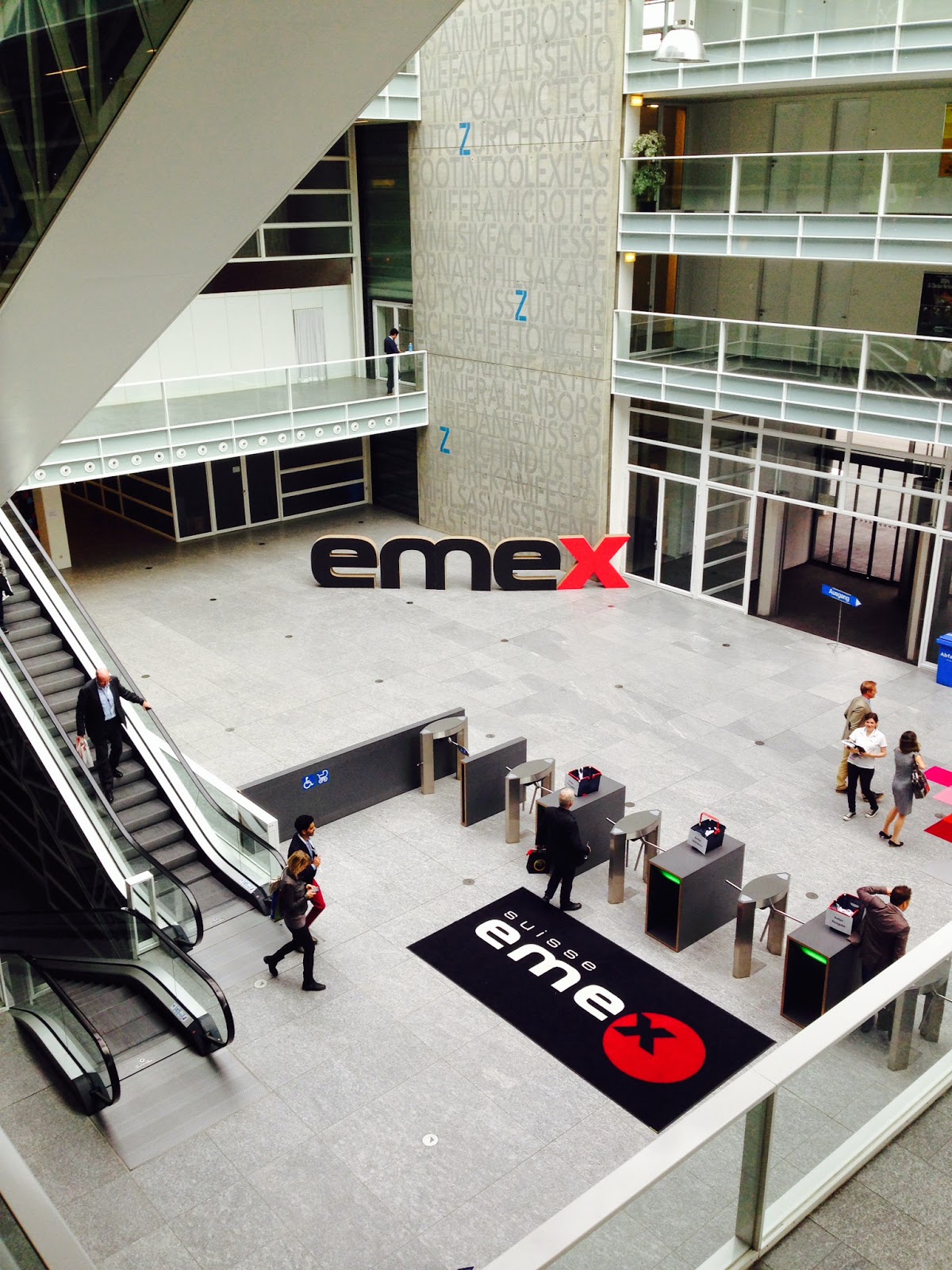 Colorful and lively was the stand from WeSpray: this German Company offers custom made Graffiti walls (a good example was the one for Herbert Grönemeyer's stage decoration while he was on tour) and even Workshops. It was fun to see how different a Graffiti can be used, and also very reassuring that streetart found acceptance in the Business as well. 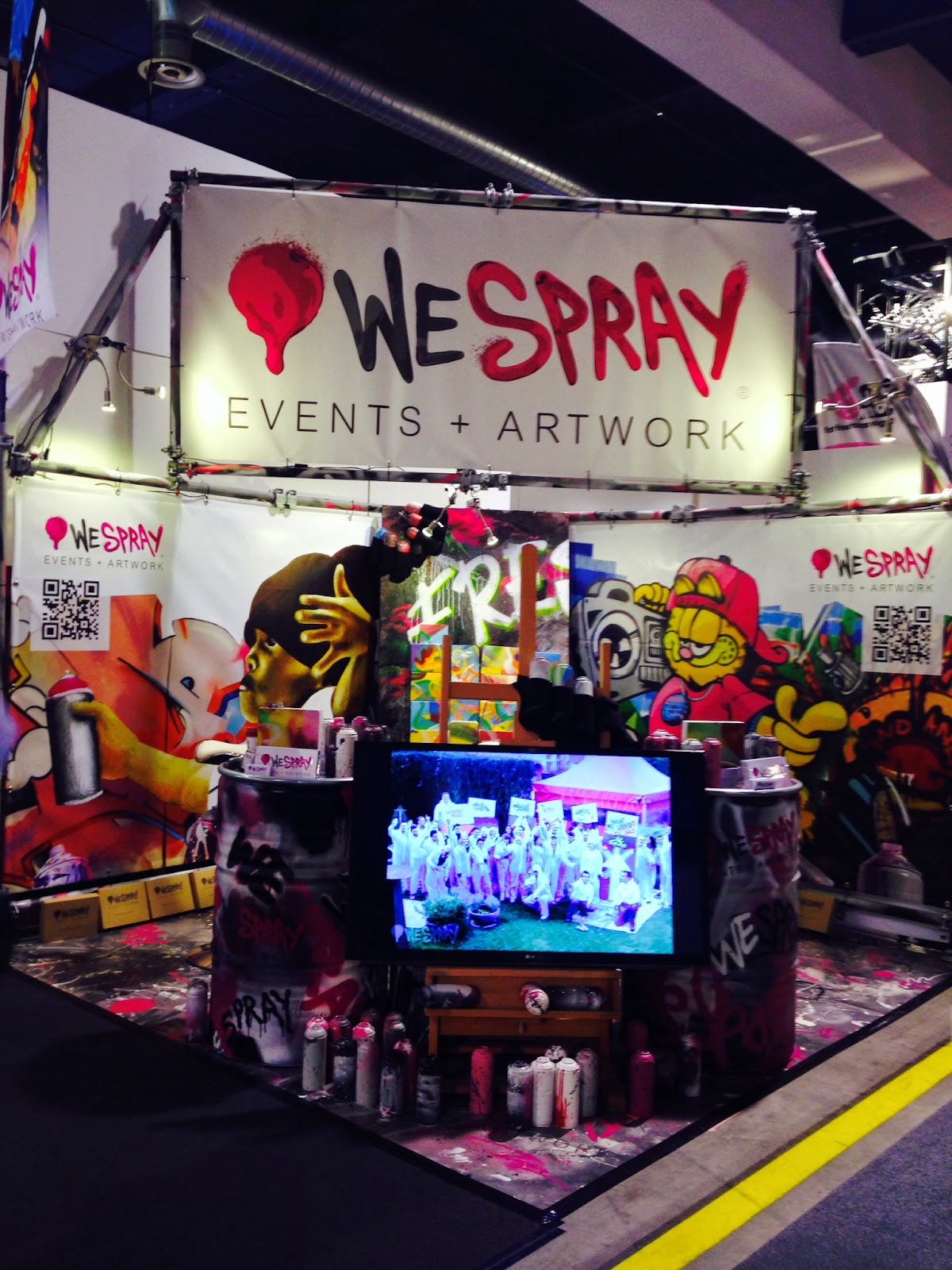 Another great Meeting was the one I had with the lovely Claudia Carlucci: owner of the gourmet online shop Oliarte, full of fresh products from the Gargano area in Italy. Her stand could have more been for those who are looking for a decent giveaway for a Client, but the product range was amazing. It wasn't really the classical Pasta reseller, she sells Little gems from the south italian cuisine like a Lemon-pepper jam or a chocolate-orange liqueur. Most of the stuff was unfortunately sold out, but it was good to see that People still appreciate some classics to make a good customer happy. She's very passionate and has an enormous know-how regarding italian Food, she loves it exactly how I do. 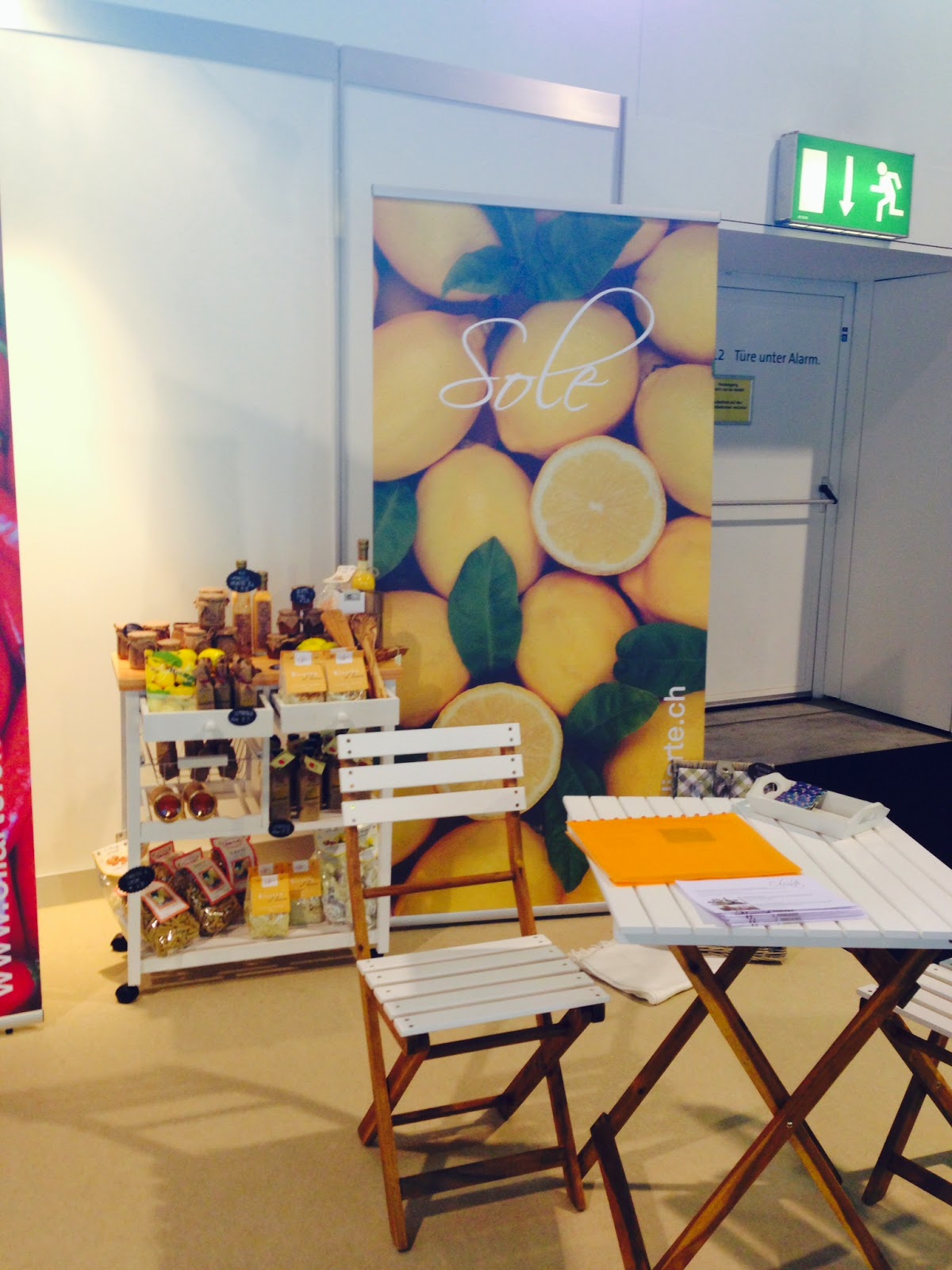 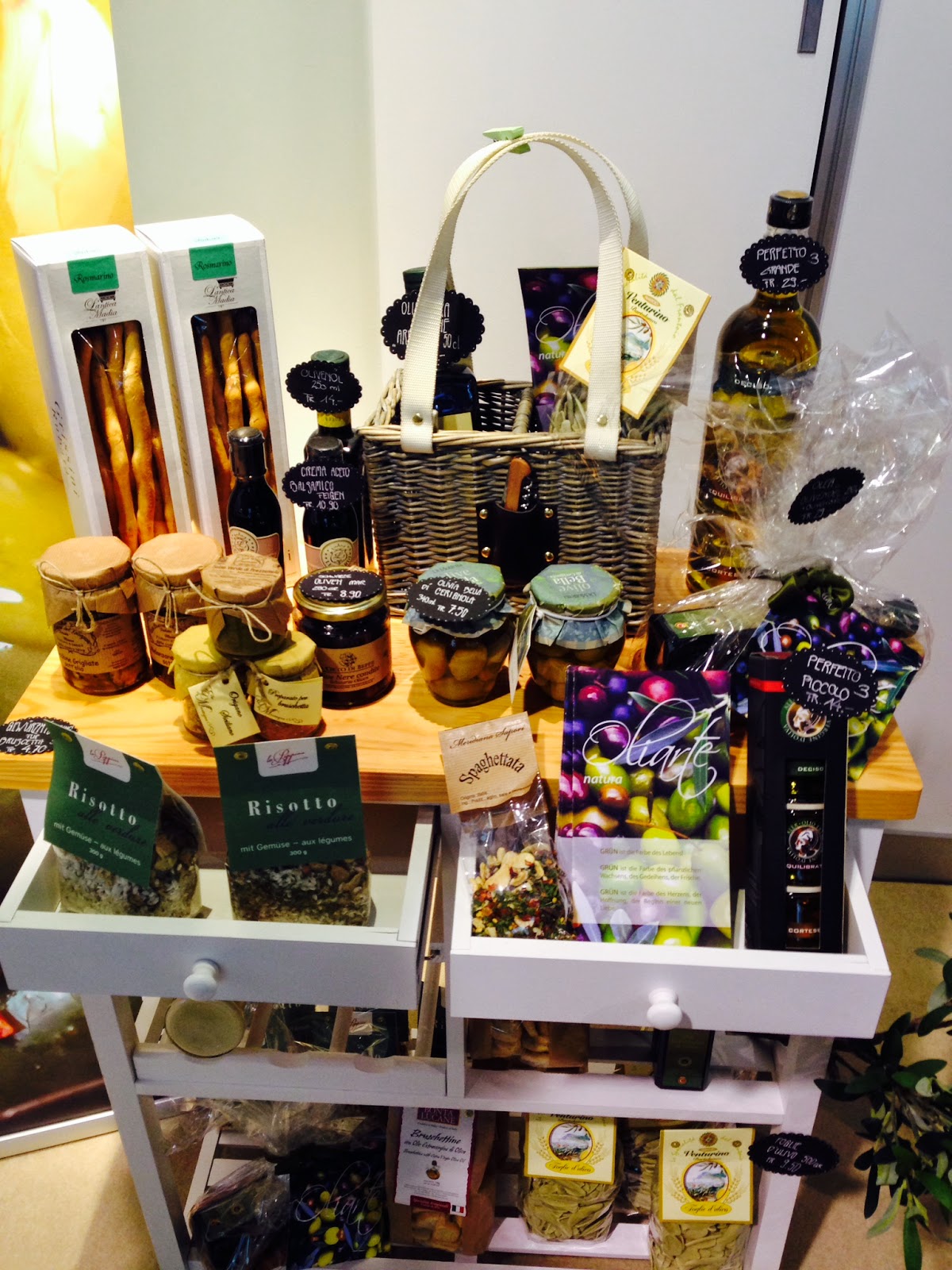 I had the opportunity to step by at the Toasted. stand during my visit, and had an interesting Chat with Philipp Bareth about live bands, music in general and already visited Festivals. After talking for a while I even had the chance to give a little interview. Toasted is an online Magazine for students and Young People that organizes a bunch of entartaining Events like live rooftop Music sessions or Sportcamps in different Swiss cities. During my talk with Philipp I realized that they have a lot of great ideas about reaching young people, and what I liked the most were their motivation and open attitude. I hope to meet them soon again!

Unfortunately I couldn't attend one of the Google Workshops about online Marketing. I just could hear People reporting about how interesting the speechs were and how much I could have been learned. I hope to have some more time next year, it would have been very informative for me, since I'm only working with online tools and social media.

Tourism was also a Little part of the Exposition: the mountain based cities Davos and Arosa were there to inform about their great Hotels and Apartments for the upcoming season. Me and my friend Paulo were very impressed about the Tschuggen Grand Hotel in Arosa, with ist own lift, one of the biggest Spas of Switzerland and breathtaking architecture. Davos has a Special place in my heart, because my grandfather used to bring me up there when I was a Little Girl. As I've heard rumoring they have one of the most impressive Music Festivals held in the Swiss mountain's landscape, the Songbird Festival. So, everybody that steps by over there on the main skiing season, should definetly enjoy some great tunes! 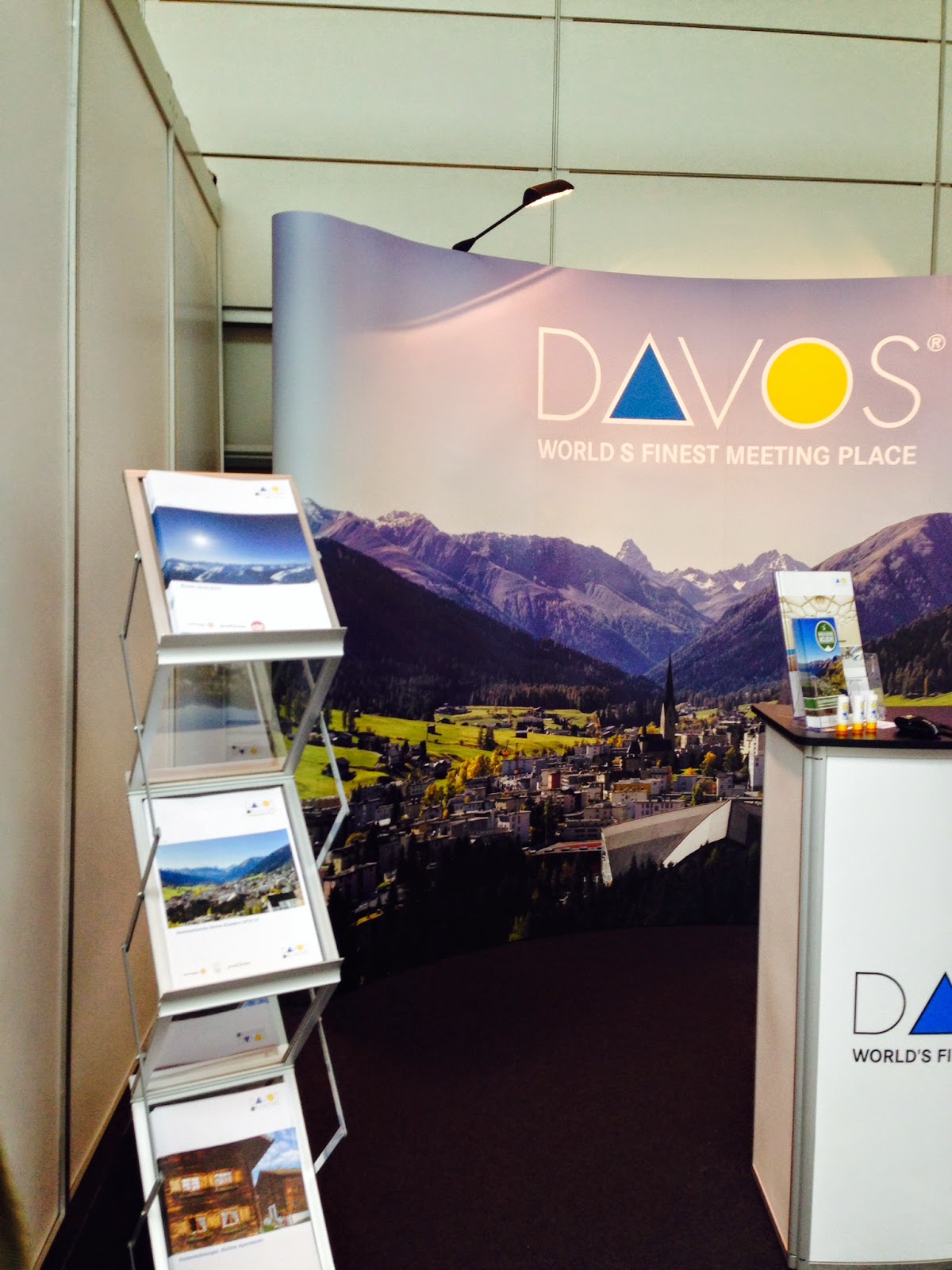 After absorbing all the News and Information, we were glad to join the evening apero Held in the same venue, at Messe Zürich. There was a Dj playing, the drinks were flowing and the typical Swiss Bratwurst was served, which could have been funnily "decorated" with coloured sauces. The atmosphere from that Point on got more relaxed and laid back, everybody seemed to have a good time and toasted to another successful day. 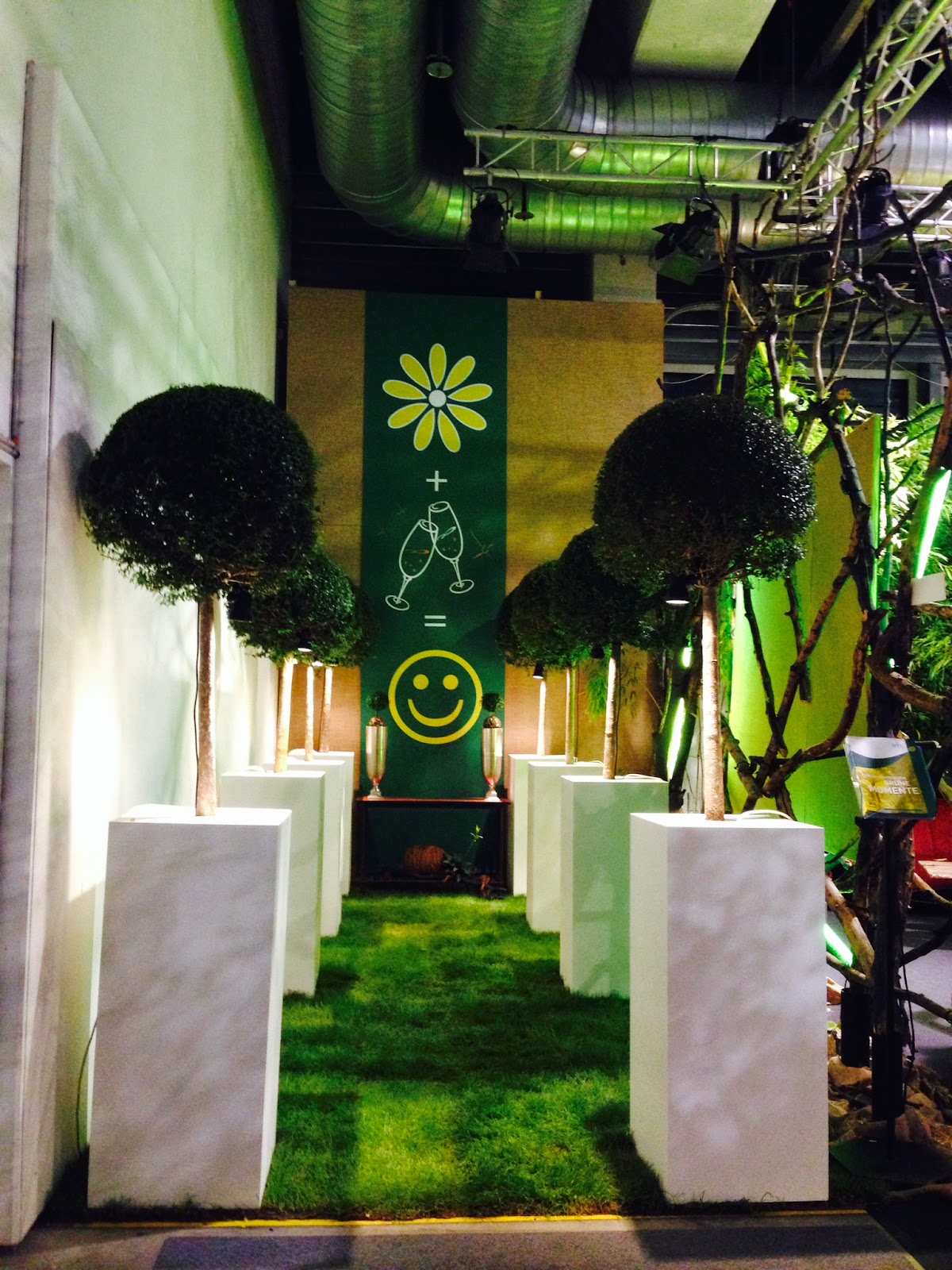 A Special thank you to Andrea Paul from the Ming Agency
Eingestellt von Unknown um 14:37